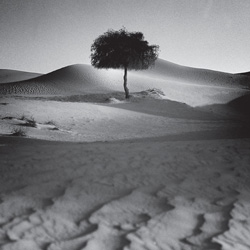 He was running scared. Fear was all that filled his heart and head, blotting out everything else. He had run before.

Just days before, he had run down from the mountain top, with joy giving wings to his feet. God had showed up and how! He had set the soaking altars ablaze at Elijah’s call. Fire from heaven. Then after a long drought, he sent the rain.. He had run with water running down his face, soaked in joy. God was good, and he was proud to be his prophet.

But the joy had gone. Sunk into the sand, like the rain.

He had had enough!

He was tired, overworked, under appreciated, and spent. Fear and self pity, sucked the moisture from his soul, even as the desert sun did the same to his body.

Alone. Deliberately alone, he wasn’t looking for God. He was looking for death.           Deaf and blind to the blessings of the past and the future possibilities, he could only see his dusty feet. Feel his bone weary body. Taste the bile of self hatred and failure.

Finding a scrap of shade in the burning desert, he slumped under a solitary tree.

“Enough! ” he croaked. His throat parched and dry. “finish me now. Here. I might as well have never lived.”

He lay down, expecting never to get up. To die in the desert, unwatched and unloved. Alone.

The heat of the sun gave way to the chill of the desert night. Tightly curled into himself, he slept on, oblivious to the stars above his head, and the love that sheltered him.

A soft hand on his shoulder drew him out of his darkness. The smell of freshly baked cake wafted into his nostrils before he dared open his eyes. The sun was rising, and the gentle hand insistent. ” Get up, and eat.”

No questions. No judgment. No one there, but freshly baked cake laid lovingly at his head and a jug of cool, clear water. Food for his famished body, nurture for his soul. He couldn’t think or work it out, he could only eat and drink. Taste and swallow. Great gulps of life- infusing water. Sweet bites of grace.

Refreshed and filled, his body slept a different sleep. Relaxed and heavy limbs, resting on a bed of love. Same soft hand. Same gentle summons. Calling him to life. Calling him to eat and drink and go. Take in the heaven- sent sustenance, and move on. Leave the solitary tree, and travel with purpose, following the God who called his name.

Forty days and forty nights he trod a path without a sign. Seeking his God, he walked slow steps of perseverance through empty wilderness. And up, and up the sometimes sheer face of Horeb‘s peak, had been so sure he would find God in this place.

His own strenuous efforts had not been enough, and weary with trying, certainty slipped through his fingers. The cool depths of cave drew him in, and offered a place to hide. A dark cocoon of doubt. Had he heard wrong? Had God turned his back?

Fear nips and bites like the imagined creatures in the cave. Night falls and his heart plummets with the light. A tree, a cave, he is still alone, and he doesn’t know,

Sleep comes in snatches as his spirit seeks, his body wrestles with the hard rock floor.    In the turmoil and the stupor, finds he can still receive the Word. Asleep? awake?         The question sits down beside his head.

What are you doing here, Elijah?

The answer blurts in a gush of excuse. Overworked, misunderstood, persecuted and alone. I alone, am left.. What are you going to do about this God? The words left unsaid taste bitter on the tongue.

Come out of your deep, dark cave and stand. God is passing near.

The wind roared and shrieked and threw a hail of rocks. The power of its breath stealing breath itself.. Mountain-flattening blast. He heard anger in the wind .His own anger magnified a thousand times, but it was not God.

The ground trembled, at first as if in fear. Then fear to violence, throwing him across the cave and on his face. The underpinnings of the world, his world, pulled apart. There was terror in the quake, but it was not God.

Fire! The mountain was ablaze. No way out. A wall of flame blocking the entrance of the cave, excruciating, suffocating heat. But it was not God.

After the fire, the sound of sheer silence. Deep, bottomless quiet.

He knows, and draws his cloak over his face.

God is here. Here in this stillness.

Finding courage at last, he steps out of his cave.

The voice was gossamer. A whisper.

What are you doing here Elijah?